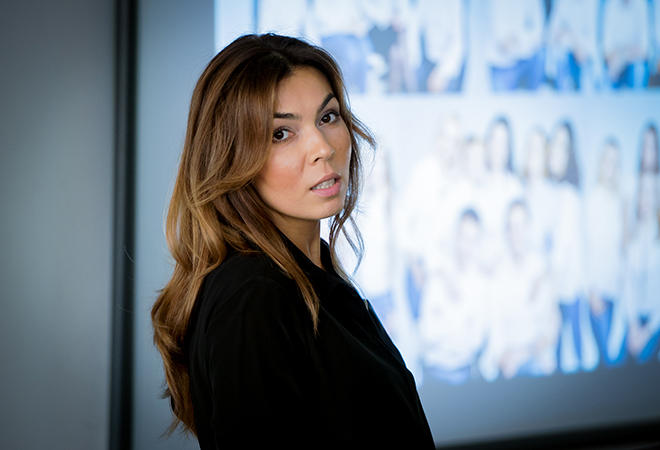 Ticket to the post-industrial economy

There are several types of economies, and one of them is post-industrial. The transition to a post-industrial economy is one of our possible prospects if suitable conditions are put in place for this. They may or may not be formed, respectively, the transition may or may not take place. It depends on many factors.
Each type of economy is based on something. The hunting-gathering economy is built around mining: searching for berries, mushrooms, roots, nuts and other edibles, as well as hunting and fishing. This is the first level of the economy. A ticket to it is the ability to collect and hunt. In such an economy, who better than others can find food and hunt, that is the elite. Who does not know how, he is on the sidelines. The second level of the economy is agrarian. The agrarian economy is built around the cultivation of food. A ticket to such an economy is land. Who has the land, the elite. Who does not have one on the sidelines.
A third-level industrial economy is built around the production of goods. Ticket to it – the capacity for the production of goods. Who has the power, the elite. The rest on the sidelines. The peculiarity of the fourth-level post-industrial economy is that it is built around the production and distribution of ideas. Accordingly, to become a part of it you need to have an idea. Whoever has an idea is the elite of the post-industrial economy, a ticket to which is an idea.
It is obvious that the transition to a post-industrial economy will take place only if a post-industrial base is formed, and there are some problems with this. The main problem that we face is that very often ideas are confused with thoughts. Confusion, including problems of advancement.
Without the idea of ​​becoming part of a post-industrial economy is impossible
Thought and ideas are different. Thought is what man is capable of creating. In turn, a person cannot create an idea. He can only get it. The idea is the basis of the universe, the smallest element of our world. The fact that the basis of the world – this idea is no doubt. Everything that we see began with an idea. Initially, the idea is not visible to the eyes. Then the idea takes shape and becomes material, visible to the eyes.
Without the idea of ​​becoming part of a post-industrial economy, it is impossible; without it, effective ways of developing business are not available. Without it, you can only become part of one of the lower levels, and only if there are tickets to these levels. In other words, in any case need a ticket. Who has a ticket – the subject of the economy, which has rights. Who does not have a ticket, the object that has only responsibilities. If there is no ticket, you can only play the second role, and then at best.
It may seem that there are no problems with ideas. They seem to be enough, they seem to have everything, and thus everyone has a ticket to the post-industrial economy, which means that the transition to a post-industrial economy will definitely take place. This is not true. As practice shows, there are ideas only in 0.0001% of cases. In the remaining 99.9999% of cases, there are only thoughts. Real ideas are a very big deficit, so huge money is paid for them.
On the first roles can only be a person who has a real idea.
Thoughts hundreds of billions, so they are worth nothing. Moreover, every day every person generates hundreds of thoughts, and there is no need to buy them. Other people’s thoughts are not interesting to anyone. Thought is not a ticket to the post-industrial economy. A person who has only thoughts can only be on the sidelines. In the first roles can only be a person who has a real idea.
Only people and companies that have real ideas, not thoughts, will fit into the new format of the economy and build a very profitable business of the new type. You can get a real idea in only one way – to extract it using appropriate technologies. Not everyone can get ideas, because not everyone has the right technology.
One of the easiest and most understandable ways to get a real idea is a legramma. It helps everyone to get a real idea, and thus with her help, everyone will be able to get a ticket to the post-industrial economy. Then it will be necessary only to start working with the gained idea using the modern marketing script in order to become part of the post-industrial economy.
A ticket to the post-industrial economy gives a number of advantages. First, you make your personal transition to a post-industrial economy and get access to all of its advantages, which are a huge amount. Secondly, the idea is the core of the market, respectively, you get the opportunity to create and develop your personal market in which there will be no competitors.

Posted in because it is primary, business should, business success., businessmen puts, including problems, post-industrial economy
<a href="http://thisismyurl.com/downloads/easy-random-posts/" title="Easy Random Posts">Easy Random Posts</a>
create real eliminate a competitor money generated ways has its advantages many areas is forced department for working crisis reduce right idea into distant future rework the project payment system itself implement this idea demonstration should opportunity to build invent anything market cannot mentioned above more promising idea score contradicts this presentation relevant specialists gain knowledge Therefore embedded idea guess that it was profit makes tallest skyscraper make money tightened up primary sector idea is implemented practice it turns who consume business slows down direct competitor highest aerobatics did manage it is very position of a manager repurchase company everyone can pumping with person ready to buy Tested both real idea respect to something

Marketing as the cause of the global crisisAlexey Kudrin, Ilmar Rimshevich, Stanley Fisher, Dmitry Medvedev, Vladimir Filat, George Soros. What do you think is common to all these people? No, this is not the six leaders from…

The most effective protection against competitorsThe prospects for the near future for most companies are not very bright, because the only way to survive in the modern competitive world is to constantly attack. The best…