Internal marketing from professionalsA person is selfish, he always thinks about himself, about his own benefit. He only thinks about someone else’s benefit if he is motivated to do so. Such is the… 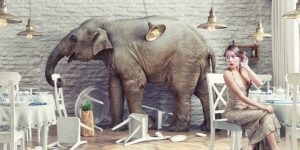 Recently, a businessman can easily find an adviser on any issue. Each consultant proves that “his kung-fu is the best.”
As a leader, you should be aware that counselors want food too. Their task is not just to help you, but also to make money. Since they have the same commercial enterprise as you have. Of course, every normal consultant tries to help honestly, but with the help of the tools that his company sells. Therefore, if you turned to a consulting company, you will be selling the product that is the main and main product in this company.
Consultants specialize in different areas. It is amusing to see how some of them are trying to replace concepts and promote their services with any truth or foul, even if the situation requires something completely different.
What is not recommended to raise income! I already collect these tips. Which, by the way, really make a significant profit. Some consultants.
For a manager, it is not always obvious that the advice given to him will not work. Some of them stuffed a huge bump with a rake on their foreheads. But they continue and continue to shove tips from any person in a suit for both cheeks. This is an indication that a person is not able to make independent decisions.
A bearded anecdote says: in order to become a business consultant, it is enough to have gray hair and hemorrhoids. Gray hair – to look solid. Hemorrhoids – so that the face is serious and anxious.
I am in no way trying to attack my colleagues, I just stand on the point of view of the client and try to be objective. I do not think that my fellow consultants are fraudsters. They honestly try to help. Just do not always correctly diagnose. And as a result, the wrong pills are prescribed. It is a matter of experience rather than ethics.
It is quite understandable when someone advises quickly rationing sellers to raise low sales. This is logical – you focus your efforts precisely on the source of the problem. But here I hear from someone: we have low income, and we, to fix it … are looking for a new chief accountant! Are you seriously?!
I talk recently with my client. He says: “With us, the business coach has been working for six months (!), Helping us raise income. What do we do these six months? Together we make up the organizational structure of the enterprise. ” I do not understand. Half a year to draw a structure ??? Is he Michelangelo? Draws an orgschema on a mural covering the director’s office ceiling? And in general: in what magical way does drawing an organizational structure affect income?
For 22 years of work as a business consultant, I have never seen that even an ideally-made organizational structure would raise someone’s income even for a ruble. It’s just a two-dimensional scheme, isn’t it?
You will be clearer in the following example. Imagine – you are building a house. The foundation has already been erected, but they noticed that the sale of apartments is low and you do not have enough money to finance it. You instantly change the designers and rework the project at home. What do you think – will help?
L. Ron Hubbard wrote that in order to draw a structure for some organization and hang it on the wall, it takes an average of 20 minutes. This is if you know how the structure should look. Maybe the structure consultant mentioned above doesn’t know what the structure should look like? Or does he charge for his work hours?
Once, back in Soviet times, one woman radioed a gratitude to a Moscow taxi driver who took her, a provincial, in just 40 minutes (!) From the Leningradsky railway station to Yaroslavsky. And she did manage the train. So drove, darling! Muscovites, who know how far these stations are located from each other (neighboring buildings), delightfully click their tongues. Well, if not handsome! Obviously, if a woman catches a taxi at Leningradsky and asks to take him to Yaroslavsky, it makes sense to ask how much train she has and try to catch it by that time.
One of my friends was the organizational structure of the company. Whole year, Karl !!! And as a result, did raise income. After a year and a half. How did the organizational structure help raise revenue? Well, she showed that he lacked a marketing and advertising service. He was so stupid that only a year later he understood it, although one could just look at the standard scheme and see it instantly. For the next six months he was engaged in hiring people in this area and in their training. And as a result, they promoted him something to the market, so his income grew. Congenially.
And you could not just do the promotion right away?
I ask – how did you even think of the organizational structure, then start drawing? I said I turned to a business coach with a problem of low income. He told me so beautifully that I need to make a competent organizational structure, since I have a mess in business. And I will be happy. And after a year and a half, I reap the benefits. Well, well done.
Only I see a lost year and lost profit in this story?
Marketers, advertisers and sellers are directly responsible for income in the company. 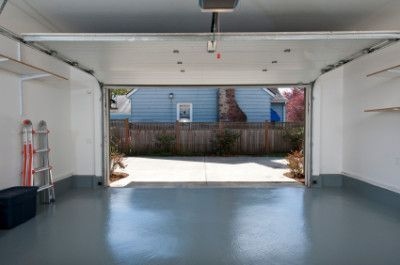 Ways to improve business performanceWorking as the most accurate clock and generating money in unlimited quantities business is the dream of all businessmen. This dream is realized only among those businessmen who are used… 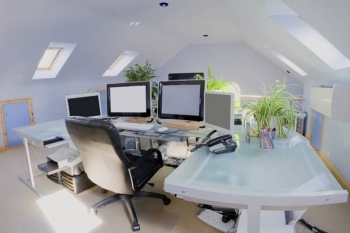 MOST TIME: HOW TO OPEN A BUSINESS AFTER SHORT AND DON'T BURNThe first and most important thing that future businessmen need to remember: it's never too late to start. Look at the story of Colonel Sanders, who, when he was 40,…